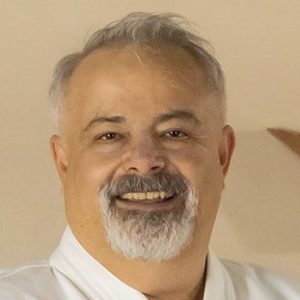 It’s been such a bleak and a difficult year, hasn’t it?

2020… it’s as if you were the design of some divine power to punish humanity.

We prepare ourselves for each new year with dreams, plans, wishes for success and hopes.

But, looking back, many of us won’t be able to find anything good in and about 2020.

Restrictions, lockdowns but most importantly our fears have significantly held us back.

It feels like if the same divine intervention was to erase 2020 from our memories, it wouldn’t be ever missed.

In a sense, 2020 induced in us another dimension, another way of life. No matter how much we disagree, react or revolt against it we have now stepped into an era overshadowed by the absolute control of those with power.

Our privacy, even the will to seclusion will be no more. From now on, everyone, everything will be in the open and under prying eyes.

Most of our lives were already being watched by others. What we eat, what we drink, our likes and dislikes, our topics of interest, what we spend and on what as well as our political and religious views are now so open for manipulation. …and this was no secret for a while.

Why, for example, the US tries to suppress Tik Tok? It is because Tik Tok is an endeavor of the Chinese government -the great competitor- to collect data that US has been collecting through applications such as Facebook, Instagram, WhatsApp, etc.

With such power and such an enormous baggage of data in the hands of those in power, elections will be things of the past and governments will no longer replenish with votes. Maybe the actors and actresses on stage will come and go but the mechanisms behind the curtains will remain.

Actually, the world -we- has been experiencing this for a while now.

And maybe in the future we won’t even try to bear with election charades.

The powerful will also continue wielding weapons of religion and sports both of which are effective tools to shepherd hoards.

Wow, this has become such a gloomy text.

But maybe on the other hand all this that is happening can serve as a wakeup call for all humanity, a reason for enlightenment. Maybe these days of hardship are just the thorny part of the road that shall lead us to a better world.

Maybe we’re on the verge of a new era, where love, respect, equity, fairness and justice will be exalted once again. Maybe we’re entering this age, where belief will no longer be instrumentalized to force people into anachronistic parallel universes, even to take lives.

Who knows, maybe we will witness the birth of a new generation of humans to build a great future on the remains of lessons learned from so much evil.

Maybe we are on the verge of a new world, where health problems are dwindling, production is so easy and abundant thanks to advanced technologies and where people are fair in sharing.

It is easy to be critical of bygones. It is because no one can rise from the rubbles of the past and correct us. The past is so rigid as to change what we’re critical of. That’s why it is so easy for one to be high-pitch critical of the past. We’re all familiar with know-it-all sports critics that appear on our TV-sets after each game. How aplomb are they with all that they seem to know. But try to ask them about the same game before the game is on. They will look for stones to hide under. This is because before the game, when anything is possible, they risk a high probability of making false assumptions. Yet, once the game is over they transform into geniuses.

Speaking about history, I find, similar. It is easy, once again, to flagellate the past, to be critical of Inonu, who has done this or Atatürk who has done that and what they have done wrong and so on. These tactless people make me want to sneak up on them with a cork-gun and blow it! But I shall be so prudent as to take with me some grown-up nappies so that their fear won’t splash around when it bursts.

Anyway. I was saying… yes, talk is cheap and so is back-talk behind 2020. We’ve been there and we’ve seen that. But how about the future?

I guess I won’t be doing anything different. I’ll practice and teach Aikido that I believe to be the best that I’m capable of. I’ll try to continue to improve and help those who wish so. I’ll stand up against evil people. I’ll help and support those that are good. Who knows, maybe I’ll get to punish the bad, given the tools.

I’ll continue to love those beautiful of heart.

I wish you all a Merry Christmas and a Happy New Year that is full of hope!